RE: GEORGE THE BARTENDER AND THE CASE OF ACME STEEL OR HOW LABOR CODE §4663 IS TURNING DOWN THE DECIBELS OF THE COMPENSABLE CONSEQUENCE ARGUMENT1

FROM THE LOBBY BAR AT THE HYATT:

After a hard day of denying benefits I arrived at the Lobby Bar and was greeted by my friend Kim, the Hyatt’s breathtakingly beautiful cocktail waitress. She happened to be holding my cocktail of choice, a Beefeater’s martini straight up with two olives.2

Thanking Kim for my libation and taking a sip, I turned my attention to the growing shouts at the other end of the bar, which one could probably describe as the makings of a heated debate.

Looking over I could make out George the Bartender’s workers’ compensation attorney, Ron Summers, and Frank Falls, noted defense attorney. The two were standing toe to toe, gesticulating wildly and trading barbs.

I knew that such an argument between Frank and Ron (bordering on a full-on raucous row) could only mean that there was a major development in a workers’ compensation case they were party to.

Partially out of an overwhelming sense of childlike curiosity, and partially out of fiduciary responsibility as a mediator of sorts (I dabble) and promoter of peace and goodwill, I decided to make my way to the other end of the bar to see what this brouhaha was all about.3

I quickly told George to prepare cocktails for Ron and Frank and put them on my tab as I hastened down to their end of the bar.

No sooner had I arrived and before Frank could even finish his current thought, Ron, in a triumphant manner, told me that a workers’ compensation judge (WCJ) had just issued a decision against Frank’s client for 100% permanent disability in a hearing loss case!

Frank broke in and told me that his client had an admitted injury as to a compensable hearing loss. The exact nature and extent of the applicant’s permanent disability was in question.

To resolve this dispute, he and Ron had referred the matter to an Agreed Medical Examiner who specialized in hearing loss, a Dr. Ayre Drummé.

Frank went on to tell me that Dr. Drummé had issued an exceptional report (as far as Frank was concerned) in which Dr. Drummé found that 60% of the applicant’s hearing loss was due to the industrial injury and 40% was not industrial.

At this point Ron broke in to tell me that he had filed an extremely persuasive (his words) Trial Brief with the WCJ and the WCJ followed it to the letter. The WCJ issued a 100% Award finding that the AME’s apportionment was not substantial evidence as the applicant had suffered no prior earnings loss prior to the industrial injury.

Ron proudly told me that he presented a vocational expert at trial who testified that the applicant’s future wage loss rebutted the DFEC and that the applicant had no prior hearing loss (before the industrial injury) and was therefore 100% permanently and totally disabled.4

Frank muttered under his breath “It is just not fair” and vowed to appeal by way of a Petition for Reconsideration. Frank told me that he was going to start on his legal research tomorrow.

Their drinks had arrived and I decided it was time to begin the peace process. I grinned at both of them and told them that further research might not be necessary as the California Court of Appeal had just certified the case of Acme Steel v. Workers’ Comp. Appeals Bd., 218 Cal. App. 4th 1137 (Cal. App. 1st Dist. 2013) for publication.5

I told both Ron and Frank that Acme Steel went hand in hand with the case they just told me about.

In Acme Steel, the Court also dealt with a 100% hearing loss Award by the WCJ and the Board.

The Agreed Medical Examiner in Acme Steel found that 60% of the applicant’s 100% hearing loss was due to noise-induced hearing loss and was therefore industrial. However, the AME also found that 40% “of Mr. Borman’s hearing loss is a result of non-occupational factors, particularly cochlear degeneration.”

The Agreed Medical Examiner in Acme Steel was one Dr. Schindler, who supported his opinion on apportionment as follows:

Notwithstanding this opinion both the WCJ and the Board found that the 100% Award to the applicant should not be apportioned. On appeal, the Court reversed the Board and reinforced the mandate of the apportionment statutes brought to us courtesy of SB 899.6

The Court also noted that the WCJ and the Board had held the following with regard to apportionment:

Labor Code section 4664 is not pertinent as prior to the instant cumulative trauma injury there was no earnings loss due to the prior award of permanent disability for hearing loss,” reasoning that “Borman continued to work [after] the prior award for prior hearing loss, [and his] hearing loss progressed to the point where he required implants, which … have severe limitations.

In reversing both the WCJ and the Board, the Court held in relevant part as follows:

The WCALJ erred, however, by failing to address the issue of apportionment. As the Supreme Court stated in Brodie v. Workers’ Comp. Appeals Bd. (2007) 40 Cal.4th 1313 [57 Cal. Rptr. 3d 644, 156 P.3d 1100] (Brodie): “Employers must compensate injured workers only for that portion of their permanent disability attributable to a current industrial injury, not for that portion attributable to previous injuries or to nonindustrial factors. ‘Apportionment is the process employed by the Board to segregate the residuals of an industrial injury from those attributable to other industrial injuries, or to nonindustrial factors, in order to fairly allocate the legal responsibility.’ [Citation.]

The court went on to observe:

“The plain language of new sections 4663 and 4664,” noted the Supreme Court, “demonstrates they were intended to reverse these features” of the former workers’ compensation system. (Brodie, supra, at p. 1327.) Under the revised workers’ compensation system introduced by Senate Bill No. 899, apportionment was “based on causation” (§ 4663, subd. (a)), and “the new approach to apportionment is to look at the current disability and parcel out its causative sources–nonindustrial, prior industrial, current industrial–and decide the amount directly caused by the current industrial source. This approach requires thorough consideration of past injuries, not disregard of them.”

DIRECT VERSUS INDIRECT CAUSE OF COMPENSABLE CONSEQUENCE

Having done my part to restore a sense of amicability to the Lobby Bar I suddenly recalled that I had left something out.

My musings had lead me to reason that since both Labor Code §4664 and §4663 mandated that an employer is only liable for permanent disability directly caused by the industrial injury and eliminates compensable consequence injuries (such as a fall in the shower by an applicant when his industrial back goes out and he injures his knee) then few, if any, compensable consequence injuries result in permanent disability that is directly caused by the industrial injury itself.

At this point, Frank was positively beaming and Ron was gulping down his drink and readying to order up another.

All characters at the Lobby Bar aside from my George, Kim and I are purely fictional and are a product of my warped imagination, as is the story line.

However, Acme Steel is quite real and reminds us all that apportionment is still alive and well.

Make mine a double, George.

1 For those new patrons to the Lobby Bar, George the Bartender’s workers’ compensation case involves an injury to his elbow, lateral epicondylitis (tennis elbow), sustained from the repetitive serving of martinis to me. If there ever was an admitted industrial injury, this is it!

2 A Beefeater’s martini, straight up, is best served at 38˚ Fahrenheit.

4 For those uninitiated in the wonderful world of workers’ compensation DFEC refers to diminished future earning capacity. Eat your alphabet soup, it’s good for you!

5 Published by the court on August 9, 2013, anyone wishing a copy of Acme Steel should request same by e-mail.

6 Similar to Ron and Frank’s case, a vocational expert testified in the Acme Steel case that the DFEC was rebutted by the applicant’s total loss of wages in the future.

7 In quoting these passages from the Acme Steel, I did not do it from memory but had pulled a copy of the case out of my trusty briefcase which I always keep with me. Much like Mary Poppins’s seemingly bottomless carpetbag (of Disney fame) and Hermione Granger’s bottomless handbag (of Harry Potter fame) my briefcase possesses magical powers, granting me the ability to pull out any decision at a moment’s notice.

8 A guidepost for the industry on apportionment under Labor Code §4663 and §4664, anyone wishing a copy of Escobedo should request same by e-mail. 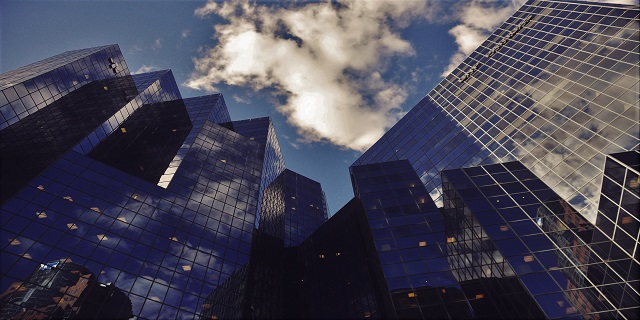 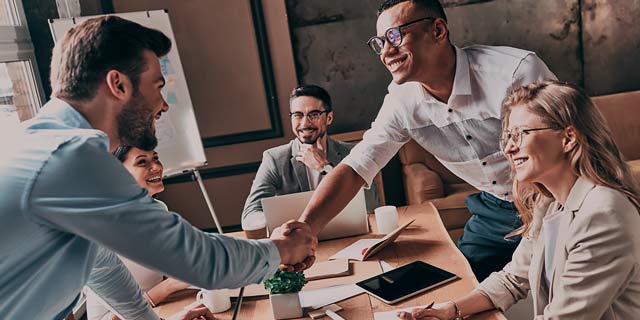