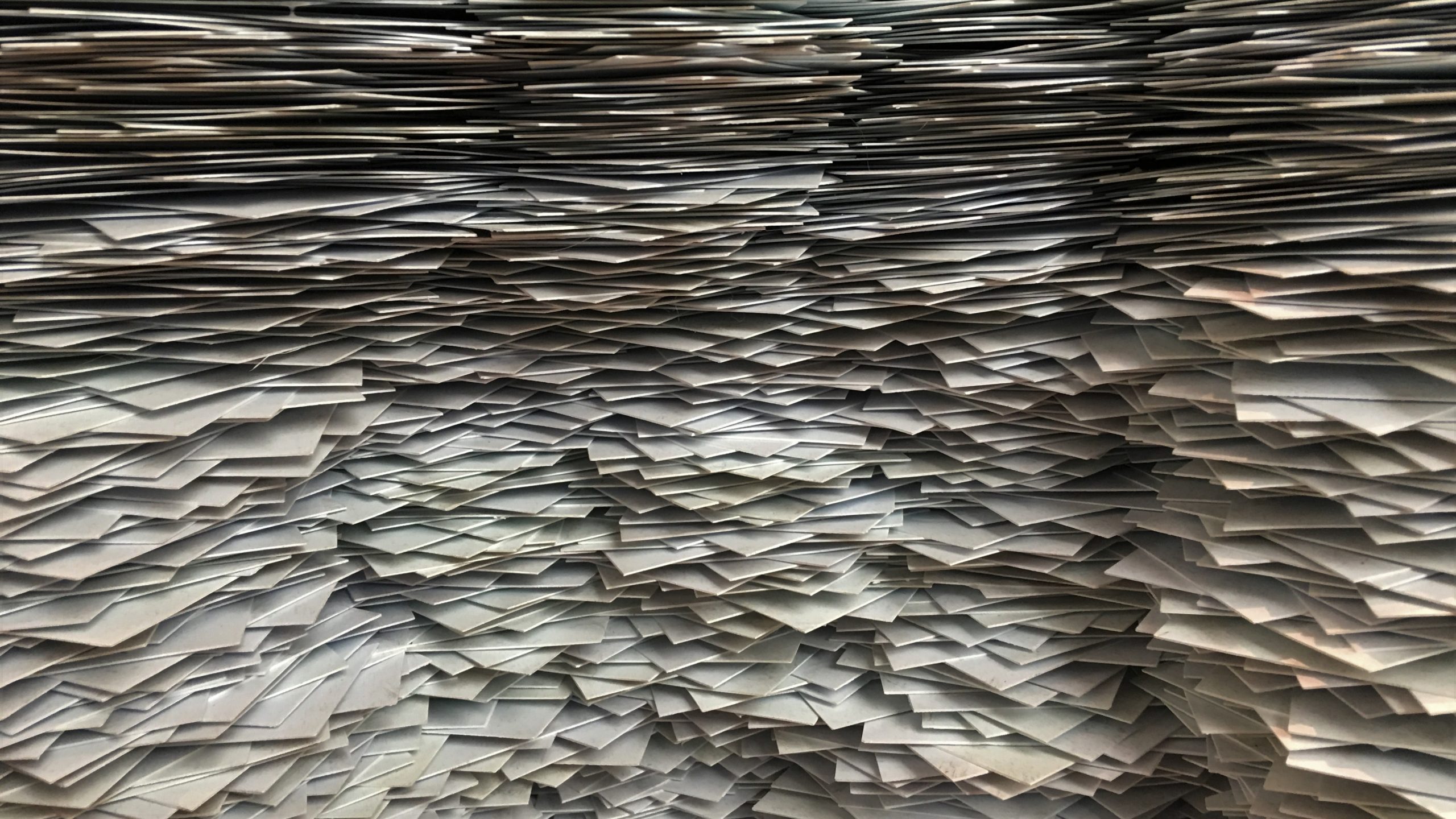 RE: GEORGE THE BARTENDER’S DISPATCHES FROM ONLINE HAPPY HOUR – MISSIVES FROM THE FRONT ON THE BATTLE OF OBJECTING TO MEDICAL-LEGAL EXPENSE LIENS POST COLAMONICO

FROM MY BAR AT HOME:

It was an exciting day as I just closed down our firm’s virtual booth at the annual DWC Educational Conference, where our booth, featuring a George the Bartender video, had been a hit! I spent the day navigating the process of being a legal influencer and trying to connect with well-known friends and new clients in the industry. Who said making cocktails and discussing the law couldn’t go hand in hand?

While closing up shop at our firm’s virtual booth, I received an urgent phone call from a senior claims adjuster who was very upset about a Petition for Costs, Penalties, and Interest that had been filed by a copy service, along with an Order which had issued from the judge the very same day. “Surely something could be done!” the adjuster exclaimed.

I asked the adjuster to email me everything directly and I would look at it right way. The Petition had been filed by Fantastic Copies Service, Inc., who claimed that they were entitled to payment for medical-legal expenses associated with obtaining the records from the employer and carrier with additional penalties, interest, and a $500 cost of filing the Petition. They argued that since there was no Motion to Quash their subpoena that there was no basis for the defendants to challenge their services.

A workers’ compensation judge (WCJ) had granted Fantastic Copies all of their requests without the benefit of a hearing, but did include a “self-destruct clause” which provided that the Order would be vacated by a timely objection in writing showing the basis for a good faith dispute. The adjuster and I started looking into whether or not there could be a basis for an objection by going over each date of service in the bill.

The adjuster told me that she was panicked because no Motion to Quash had issued. While she had not acted to quash the subpoena, she had taken other action with regard to the bill. There had been a timely explanation of benefits (EOB) objecting to the bill within 60 days of service of the bill. The adjuster had also exercised diligence by responding to a demand for the same records from the applicant’s attorney by serving them on their office within two weeks; but the subpoenas had apparently issued at the same time as the request for records issued to the adjuster without any opportunity for her to respond.

I explained to the adjuster that while a Motion to Quash can be helpful in responding to duplicative or defective subpoenas they are not necessarily required to defend against medical-legal expense liens. I pointed them to the en banc case Colamonico v. Secure Transportation (2019) 84 Cal. Comp Cases 1059 (WCAB en banc) which could provide some defenses to the petition in this case.1

In Colamonico the Workers’ Compensation Appeals Board (WCAB) identified a medical-legal provider has the initial burden of proof to show these three elements apply to their services:

The WCAB also held that the defendant didn’t waive their objection based on Labor Code §4620 or §4621 because they failed to raise the objections in an explanation of review (EOR) pursuant to Labor Code §4622.

I told the adjuster that presumably failing to issue a Motion to Quash would also not preclude defendants from forcing the lien petitioner to establish that their charges were for appropriate medical-legal services, and that the costs were reasonably incurred under the Labor Code. I advised the adjuster that she had done enough by objecting to the subpoena in the first place and satisfying the request for records from applicant’s attorney because the expenses were not properly incurred under the Labor Code.

To further strengthen my position, I provided the adjuster with a panel decision that had been discussed at the recent DWC Educational Conference –Davis v. Shasta County (2019) Cal. Wrk. Comp P.D. Lexis 493.2

Just as was the case for my adjuster, in Davis the applicant’s attorney issued a letter demanding service of all medical reporting that was in the defendant’s possession or control. As we all know, loyal Home Bar patron, parties are customarily granted a 30-day window from the date of service of the request to voluntarily provide any and all records or reports that may have come into their possession, as is spelled out in Labor Code §5307.9.

At trial the WCJ ruled in favor of the defendant and then the lien claimant filed a Petition for Reconsideration. The WCAB denied the petition and in their decision referenced Labor Code §5307.9, which states in relevant parts as follows:

The schedule shall specify the services allowed and shall require specificity in billing for these services, and shall not allow for payment for services provided within 30 days of a request by an injured worker or his or her authorized representative to an employer, claims administrator, or workers’ compensation insurer for copies of records in the employer’s, claims administrator’s, or workers’ compensation insurer’s possession that are relevant to the employee’s claim.

There will be no payment for copy and related services that are:
(1) Provided within 30 days of a written request by an injured worker or his or her authorized representative to an employer, claims administrator, or workers’ compensation insurer for copies of records in the employer’s, claims administrator’s, or workers’ compensation insurer’s possession that are relevant to the employee’s claim, (2) Provided by any person or entity which is not a registered professional photocopier.

The WCAB went on to opine that:

It should be further noted that CCR 9982 relates to the payment for copy services, not the propriety of performing those services in the first place. The remedy for a dispute over a violation of this rule is an objection to the bills, not by petitioning to quash the subpoena. (Emphasis added).

It was interesting to note that in closing, the WCAB advised the lien claimant copy service that they could seek the payment from applicant’s attorney, presumably for their own failures in how they sought the records.

I told the adjuster that the obligation to pay is further laid out in CCR §9982(e) which provides:

The claims administrator is not liable for payment of:
(1) Records previously obtained by subpoena or authorization by the same party and served from the same source, unless the subpoena or authorization is accompanied by a declaration from the party requesting the records setting forth good cause to seek duplicate records.
(A) If there is good cause, the claims administrator is liable for payment. Good cause includes new counsel seeking duplicate records for review, and loss or destruction of records due to natural disaster.

I forwarded the Davis decision to the adjuster and advised her to immediately object to the Order, pointing to her earlier timely response to the applicant’s attorney’s demand for records. I also recommended an objection to the petition issue to the copy service, demanding them to withdraw their Petition for Costs, Penalties and Interest and raising their own claim for costs and sanctions.

I cautioned the adjuster that for all cases we should review billing and Petitions for Costs by copy services as to whether they meet the burden to prove that the charges were valid medical-legal expenses. If they do, the analysis shifts to the reasonable value of invoices pursuant to Labor Code §4622. If the defendant does not show they paid the responsible amount to the petitioner, defendant may be found liable for penalties and interest.

This mention of reasonableness reminded me of another panel decision, Ayard v. Fiesta Inn Corporation (2020) 2020 Cal. Wrk. Comp. P.D. LEXIS 253, in which a lien claimant copy service copied records from various entities shortly after the applicant had filed their Application for Adjudication of Claim on April 16, 2013.3 The defendant had obtained an order quashing two of their invoices; however, the lien claimant was seeking payment for a few others with regard to six sets of records they obtained. The defendant had objected to the lien claimant’s services multiple times in 2014.

In 2020 a WCJ issued a Findings & Order in favor of the defendant, stating that the lien claimant had not met its burden of proof pursuant to Labor Code §4622 and the services they rendered were not reasonable and necessary to prove or disprove a contested claim, denying their Petition for Determination of Non-IBR Medical-Legal Dispute. The lien claimant then filed a Petition for Reconsideration.

The WCAB denied the petition. However, they pointed out that while the lien claimant was correct in arguing that subpoenaed records need not actually be used at trial as long as they were obtained for the purpose of proving or disproving a contested claim, they had failed to show that their services were reasonable and necessary for proving the contested claim in this case. The lien claimant offered no evidence as to the necessity of five of the sets of records they had obtained, or what party requested one of them. For the sixth set, there wasn’t any proof that the applicant had visited the doctor from whom records were requested at the time the record request was made.

In their decision the WCAB discussed Colamonico, stating:

Petitioner’s argument that it is not its burden to prove “why” the records were subpoenaed by Applicant’s counsel, but the mere fact that the attorney requested them makes the records reasonable and necessary, is untenable. Petitioner seeks to relieve itself of its burden of proof under Colamonico, and replace it with a presumption that the records were reasonable and necessary based on Applicant’s attorney’s actions. There is no legal basis in the statutes, regulations or caselaw [sic] for such a presumption.

I added that the one caveat the WCAB alluded to in Colamonico, as was previously pointed out by my colleague Steve Green in his George the Bartender edition in February of 2020, was that if the defendant’s actions are found “frivolous or solely intended to cause unnecessary delay” there is potential for sanctions and attorney fees pursuant to Labor Code §5813 and CCR §10421.4

I then thanked the adjuster for taking the time to discuss the case in this busy time. I recommended she evaluate every subpoena as the defense could be right there. It was now time for my virtual Happy Hour.

All characters at my home bar are fictional and the storyline is simply a product of my animated imagination.

To avoid unnecessary copy costs it is always best practice to respond early to requests for records from applicant attorneys and ensure those records are served timely. Disputing duplicate subpoenas or filing Motions to Quash when necessary are important aspects of defending these types of charges. The facts may only become clear to the copy service when you have responded, objected, or filed your Motion to Quash.

While Davis and Ayard lack the designation “significant panel decision,” Joe Truce, formerly a managing shareholder at our firm and creator of George the Bartender, always liked to remind me of one of his favorite portions of the Labor Code, subtitled “Specific Additional Evidence Allowed,” §5703(g) which states in relevant part as follows:

Make mine a double and hope to see you at the next virtual conference!

1 Colamonico was discussed in a previous edition of George the Bartender from February 2020, Re: George The Bartender And The Never-Ending Battle Of Objecting To Medical-Legal Expense Liens Or Why Labor Code §4622 Is Your New Best Friend

2 A copy of Davis can be obtained via email request.

3 A copy of Ayard can be obtained via email request.